The Tampa Bay Buccaneers are the worst franchise in NFL history…LITERALLY! 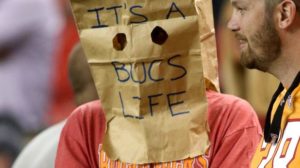 They actually rank 32nd in the league in winning percentage at .385 with an overall 241-386 record. That’s bad. REALLY BAD! Worse than the Saints and Lions with their “paper bag fans”. Even worse than the Cleveland Browns who are actually at .505 percent. YEAH, THAT BAD! They lost their first 26 games in franchise history and were shutout in 11 of them. They only had one winning season in the first 20 seasons which was  in 1979 when they won the Central Division.

The winning didn’t really start until Malcolm Glazer bought the nearly bankrupt team (which the NFL almost moved to either Cleveland or L.A. who had just lost the Browns and Rams) in 1995 for $192 million. Since then, they’ve had 9 winning seasons with 7 playoff appearances, including 4 division titles and a Super Bowl win. However, they haven’t had a winning season since 2010, going 23-55 in that stretch. Which brings me to the point of this piece. 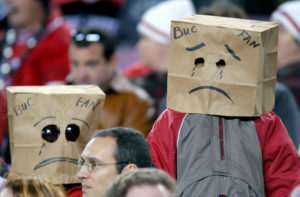 Sure we have a Super Bowl win, which is more than 13 other NFL franchises can say. Hell, there’s still 4 teams in the league that have never even played in the “big game”. But other than that, this team has spent 27 of it’s 40 years in despair and mediocrity at 8-8 or worse. And yet, we’re still here. We’re still filling up RayJay (for the most part anyway) with loud, rabid Buccaneer football faithful. 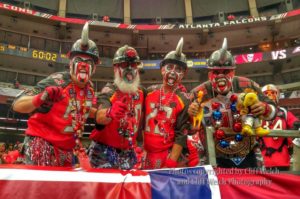 I was born and raised in the Tampa Bay area, so all I know is the emotional rollercoaster of being a Bucs fan. The excitement and optimism of new free agents and draft picks brought in during the offseason. The anticipation and hope for a successful upcoming season, which turns into growing disappointment as the season wears on. ARE WE CRAZY? Do we enjoy the pain and suffering? Nah, I don’t think that’s it. 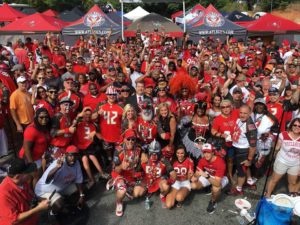 It’s devotion. It’s loyalty. It’s love. Pure and simple. It’s the fact that even though they are the worst team in NFL history, they’re MY team; they’re OUR team! That’s what makes us Bucs Nation. It’s why we have diehard Bucs fans from coast to coast, from the Buccaholics fan group in California to the ATLBucs fan group in Atlanta. It’s why “Bucs fever” is a faster spreading epidemic than the zika virus. It’s why, after decades of losing and saying “there’s always next year,” we’re…still…here. 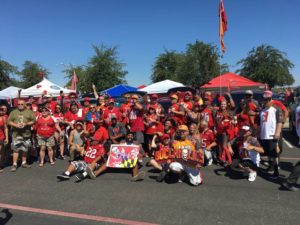 We may not rank amongst the NFL’s “best fan bases” and we may not sellout every home game, but it’s hard for me to 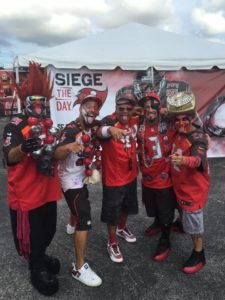 imagine a more passionate crew of fans anywhere else. Tampa has one of the NFL’s few Hall of Fame inducted tailgate parties, as well as a number of fans who are members of the Pro Football Ultimate Fans Association inducted at the NFL Hall of Fame in Canton. From the “superfans” dressed in facepaint, masks and crazy costumes, to the long time season ticket holder, to the average fan sitting at home just hoping that the game isn’t blacked out on TV, we’re all in this together as one big, happy Bucs Fanmily…and I’m damn proud to be a member of it. We are…Bucs Nation!

(Random Cheerleader image used to brighten your day.) Well, The Buccaneers did play a game on Sunday. They opened up RayJay (and those new video boards) and played host to the LA Rams. Tampa Bay fell to LA by a...

Can you hear that, Tampa Bay???  The sounds of perfectly seasoned and marinated meat sizzling on the grill and oversized Bucs flags flapping in the late summer breeze...can you hear it? If so, then you already know that it's officially...