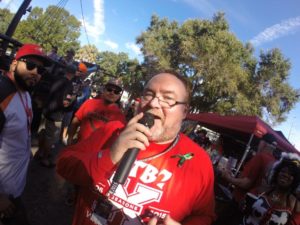 A transplant to Florida as an infant, my father taught me at an early age to pull for your home team. In this case, that meant pulling for the Buccaneers as I turned 4 and they were formed. Many painful years followed, but each one started with the same excitement and hope for improvement. Sports have always been a topic near and dear to my heart. The spirit of competition, camaraderie, and desire to excel translate well into all aspects of life. I am a fan of all sports (minus baseball, though I respect the talent it takes to do some of the things they do) but my heart lies with Football (NFL) and Basketball (NCAA). I think I know everything (just ask my wife) so don’t be surprised to hear me pontificate as if informed by some other-worldly source.
I am a fan in all sense of the word. A story that conveys the level of depravity this entails goes back many years to my days in Seattle when, in a fix as DirectTV’s Sunday Ticket did not (and does not) include preseason games and no Internet coverage was available, I used my unlimited weekend calling to have my Mother leave the phone by the television in Florida so I could listen to the broadcast. Yes, I am that sick.

I am the proud father of two sons. Nicholas a.k.a. ‘Nicky Noodle’ who I hope will grow up and become an NFL placekicker so that Mom and Dad can retire on his inflated salary and my newest addition, Andrew ‘Drew’ Patrick who is already big enough to start at LT for most PAC-12 schools.

I wish everyone could play as hard as guys like Chris Hovan. 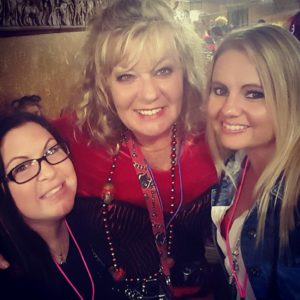 Our right hand woman, Spent is best known for her work on about 4 trillion message boards. Self titled ‘The Girl One,’ she keeps us in line, makes sure we do nice things for people and pretty much stops us from looking like idiots. Her words about herself are:

The only thing remotely close about my description above is my name and that I am right-handed, oh wait and a female! There is no way to keep these gentlemen in line, and you wouldn’t want me to anyway.

Totally uncensored and of course, totally passionate…hence, my dedication. WTB? truly does give every fan a voice. Never underestimate the power of fandom!

During our live broadcasts you’ll find me in our chat room and green room. On home games you’ll find me at our stadium, what we fondly refer to as St. Raymond James 😉 Hours before the game you’ll find us in lot 14 cooking, eating, drinking, playing games and sharing our Buccaneer passion with some of the finest fans in the league! We know no strangers so be sure to drop by, we’re not hard to find!

Hit me up with any ideas, Buccaneer events, charities, advertisement requests, or sponsorships. Anything else, see me after February 😉 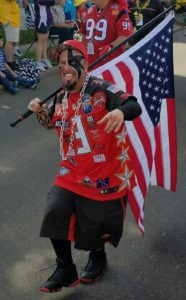 A wise man once told me:

One’s true worth is the good that they do in this world for others. For alone, we cannot change the world, but we can cast a stone across the waters to create many ripples that make this world we live in a better place long after we are gone. Therefore, WTB? Really Matters is the link to our charitable contribution in my community. I take great pride in the development and constant growth of this side of what we do. My town, my team!

This game we call Football:

It’s a release from the day to day grind, an escape from the corporate world. A place I can go to let loose and forget about reality.

Through THICK and THIN Fan,

No matter the score win or lose Fan,

I go to battle with my team.

I suit up every game to bring the noise because on my field there is no such thing as being just a Fan!

My hope is to inspire and promote the passion behind “Fandom”, to climb aboard and set sail with the Tampa Bay Buccaneers as a True Fan.

My moto: Hate the team, love the fans

WhatTheBuc?, we run this ship! 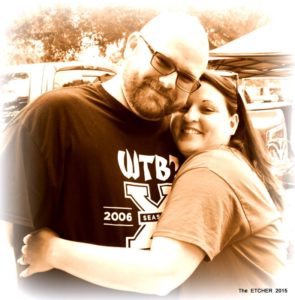 I became a Bucs fan in 1997 after moving down to Clearwater from Indiana. After moving back to Indiana in 1999 I continued to follow the Bucs. In October of 2009 my family moved to Largo. In 2011 my wife and I attended our first WTB tailgate and became hooked. We ended up coming to 5 games that year and had the best time with WTB. The next year we purchased season tickets and haven`t looked back since. I have never felt as passionate about something as I do about WTB. This is the most generous group of people I have ever known. Not only do we share a love for football, but also a love of helping others in our community. 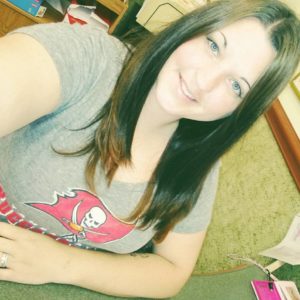 Me and my husband attended out first WTB tailgate back in 2011 and have been hooked ever since, WTB is more than just football and tailgates it’s a family, and I am glad to be a part of that Family! 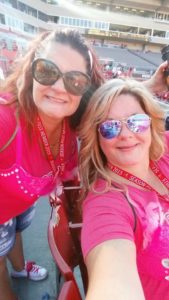 My sister Christine and I are the Evil Twins.  Spent gave us the name shortly after she met us. (feel free to ask how and we got it)

We’ve attended Bucs games together for many years.  We became season ticket holders in 2011.  Before the first game of the 2011 season , we searched online for a tailgate  and found What the Buc.  It was love at first sight!  We met Spent at our first tailgate and within minutes we dove right in and started helping where we were needed.  We were hooked after that.  We love this Krewe and what we do for our community.  We couldn’t ask for a better group of friends to share this experience with. 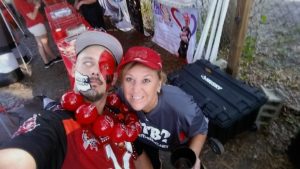 I moved to Florida from Canada in 1995 with my 5 year old son Cody in tow and we started our new adventure.

Our first friends here in FL were transplants from Louisiana and Boston and were diehard Saints and Patriots Fans. I was the only one who had cable TV so every Sunday it was football from the first pregame show until the last game was over at night. They all made fun of me because my Buccaneers were not what you would call one of the best teams in the eague but I loved them from day 1 and watched every single game. That Sunday ritual lasted with my two dear friends until they both moved back to their home States but I continued watching those games at home until I could finally afford season tickets in 2006.

I started my tailgating in LOT 9 at RayJay and one day came across Spent on a sports site on Facebook. She was talking about the WTB tailgates but it looked like it was a private event. I got up my nerve and asked if others were allowed to attend the tailgates. I received a huge ABSOLUTELY everyone is welcome, please join us on Sunday. Needless to say I jumped at the chance and went to the tailgate that Sunday. Spent walked right over when I got out of my car and introduced herself and welcomed me to the tailgate and then took me to meet Derek (Oldschool) who was equally as welcoming and friendly. That was the 2nd to last game of the 2010 season and needless to say I was hooked. When the 2011 football season started I couldn’t wait to go back and be a part of this amazing group of people. I asked what it took to be a member of this amazing Krewe because I had found exactly where I wanted to be and with the people I wanted to be with. It was a great season with amazing friends working alongside some of the biggest diehard fans to make the tailgates more and more amazing.

I was given the opportunity to attend my first charity event with Spent, Buc Krazie and Captain Scott Rino Dixon in September of 2012 and I guess you can say that the rest is history.
This group has grown in leaps and bounds and I am so honored to be a part of such an amazing institution! The charity arm of the group that Spent started has become a most necessary staple in the community. I can’t imagine life without my WTB Family!